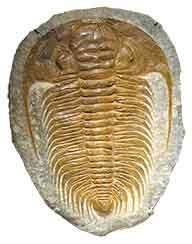 The following resolutions of paradoxes deserve to be better known. (All of these paradoxes are resolved; you don’t need to worry about them any more.)

The key to resolving the Liar Paradox is in Semantic Paradoxes as Equations by Lan Wen, The Mathematical Intelligencer, vol. 23, issue 1, December 2001, pp. 43–48. Lan Wen showed how to take any system of boolean equations that doesn’t have a solution and create a corresponding semantic paradox. He presents the following paradox:

The Liar Paradox is the semantic equivalent of assuming that all systems of equations have solutions. To be more precise, the following algorithm is implicit in Lan Wen’s article:

If the equations are complicated, the English may need some adjustment to be grammatical, but for many systems of boolean equations, this algorithm will produce English sentences that are intelligible. In particular, it works for the Liar Paradox, Three Card Paradox, Löb’s Paradox (also known as Curry’s Paradox), and the Truth-Teller. With simple modifications, it also works for systems of logical equations using mult-valued logics.

The semantic paradoxes are logical equations. Starting with the English obscures this, but the algorithm above reveals where the English comes from. It is unnecessary (and incorrect) to invoke Kripke’s truth-value gaps, Tarski’s hierarchy theory, non-well-founded sets, etc. to resolve the paradoxes.

To put it another way, the resolution of the Liar Paradox is that the sentence expresses a relationship among logical values that cannot be satisfied.

In Semantic Paradoxes as Equations, Lan Wen tries to resolve the paradoxes by defining “sentence given” and “sentence unknown”. However, these are not well defined and are motivated by an incorrect analogy with the way the words “given”, “unknown”, and “variable” are used in algebra.

Two members of a criminal gang are arrested and imprisoned. Each prisoner is in solitary confinement with no means of communicating with the other. The prosecutors lack sufficient evidence to convict the pair on the principal charge. They hope to get both sentenced to a year in prison on a lesser charge. Simultaneously, the prosecutors offer each prisoner a bargain. Each prisoner is given the opportunity either to betray the other by testifying that the other committed the crime or to cooperate with the other by remaining silent. The offer is:

This resolution is given by Lawrence H. Davis in Prisoners, Paradox, and Rationality, American Philosophical Quarterly, vol. 14, no. 4, October 1977, reprinted in Paradoxes of Rationality and Cooperation, Prisoner’s Dilemma and Newcomb’s Problem, edited by Richmond Campbell and Lanning Sowden, The University of British Columbia Press, 1985, ISBN 0-7748-0215-4.

A highly superior being from another part of the galaxy presents you with two boxes, one open and one closed. In the open box there is a thousand-dollar bill. In the closed box there is either one million dollars or there is nothing. You are to choose between taking both boxes or taking the closed box only. But, there’s a catch.

The being claims that they are able to predict what any human being will decide to do. If they predicted that you would take only the closed box, then they placed a million dollars in it. But, if they predicted that you would take both boxes, they left the closed box empty. Furthermore, they have run this experiment with 999 people before, and have been right every time.

What do you do?

This is a paradox because there seem to be good arguments for both options. Considering the being’s accuracy in the past, the odds are that they will be right again, so you should take only the closed box. On the other hand, the money is already in the box, so you might as well take both.

Many articles in the book Paradoxes of Rationality and Cooperation note that Newcomb’s Paradox is a version of the Prisoner’s Dilemma.

Is It Rational to Vote?

Is it rational to vote? The chance of one vote affecting the election is small, so one could argue that it isn’t worth the trouble to vote. But people do vote.

There are counter arguments that say that it is rational to vote. See Voting as a rational choice: why and how people vote to improve the well-being of others by Aaron Edlin, Andrew Gelman, and Noah Kaplan, Rationality and Society, 2007, vol 19(3), pages 293–314. They argue that you should consider the benefit not just to the voter, but to the country. Also see posts on Andrew Gelman’s blog here, here, and here. While some people may use this reasoning to justify voting, it is not a correct resolution to the paradox. Its mistake is that it uses the wrong alternatives in the cost-benefit analysis.

In other words, the correct alternatives for the cost-benefit analysis are not you voting or not voting, but your group voting or not voting. Here your group could be rational voters or it could be the members of your political group. Besides resolving the paradox, this is also essentially the argument that many people give for why you should vote, e.g., “If no one voted, then democracy would not work.”

Lawrence H. Davis in Prisoners, Paradox, and Rationality (see the book Paradoxes of Rationality and Cooperation, page 57), writes, “Similarly, the argument bears on discussions of the rationality of voting: if valid, it shows that it is rational for ideally rational citizens to vote if they believe that enough others are equally rational.”

Comments on the Cooperation Paradoxes

Unfortunately (paradoxically?) many articles in the book Paradoxes of Rationality and Cooperation argue that the prisoners should betray each other or you should take both boxes. The authors of these articles either ignore the fact that both criminals are rational or do not take this fact seriously. One wonders if these authors vote, recycle, refrain from littering, conserve water, stick to their word when entering into agreements with people that they won't deal with again, etc., and if so, what reason they give for doing so.

Douglas Hofstadter’s discussion of the results of his “luring lottery” and his use of the word “superrational” indicate that it may be harder to find rational people than you might think.

In Self-deception and the voter’s illusion by George A. Quattrone and Amos Tversky in The Multiple Self, Studies in Rationality and Social Change, edited by Jon Elster, Cambridge University Press, 1985, ISBN 0-521-34683-5, the authors note the connection between voting and Newcomb’s Paradox, but fail to see that it is rational to take one box and so also rational to vote.

On Sunday evening a judge tells a condemned prisoner that they will be awakened and hanged on the morning of one of the following five days. The judge says that it will happen unexpectedly, i.e., the prisoner will be uncertain about when the hanging will occur until the moment the attendants arrive. But the prisoner’s attorney convinces the prisoner that no such hanging is possible. The first step in the attorney’s argument is to eliminate Friday as execution day: If the judge sets Friday as the morning of the hanging, the prisoner will know it on Thursday because they are still alive and realize that tomorrow is the final day of the execution period. So, Friday is ruled out. But then, by the process of elimination, so are Thursday, Wednesday, Tuesday, and Monday. Of course, on Wednesday, the prisoner is hauled out of bed, much to their surprise, and hanged.

The resolution is to realize that there is a difference between being able to guarantee something will happen and it happening because you got lucky. The prisoner is correct that the judge cannot guarantee that the hanging will be unexpected. (A judge’s sentence is normally interpreted as a guarantee that something will happen.) But, this does not prevent the judge from getting lucky. An analogy would be if the judge said that the prisoner would be hanged in the morning and it would not rain for the whole day of the hanging. The judge cannot guarantee that it won’t rain, but they might get lucky. (I have not seen this resolution anywhere else. Let me know if you see it somewhere.)

Resolutions of paradoxes should (usually) be short. If you need a whole book to explain your resolution, then it probably is not the correct resolution.